Though the benefits associated with all Sadaqah giving are endless, imagine the impact on the lives of orphaned children in poverty with every penny you gift.

In light of his general guardianship over orphaned children and the needy, Al-Sayyed Ali Al-Sistani has considered the act of putting money in Al-Ayn’s Sadaqah Boxes to be a transfer of ownership to him, on behalf of the orphaned children. Hence money placed in these boxes is considered Sadaqah Maqbootha (Received Sadaqah), and the rewards of Sadaqah are reaped immediately.

To ensure that the money placed in these boxes does indeed reach orphaned children in need, Al-Ayn has various checks and controls in place. For instance, locked Sadaqah Boxes must only be opened at an Al-Ayn office in the presence of two trained members of the team and a receipt issued to the box holder. 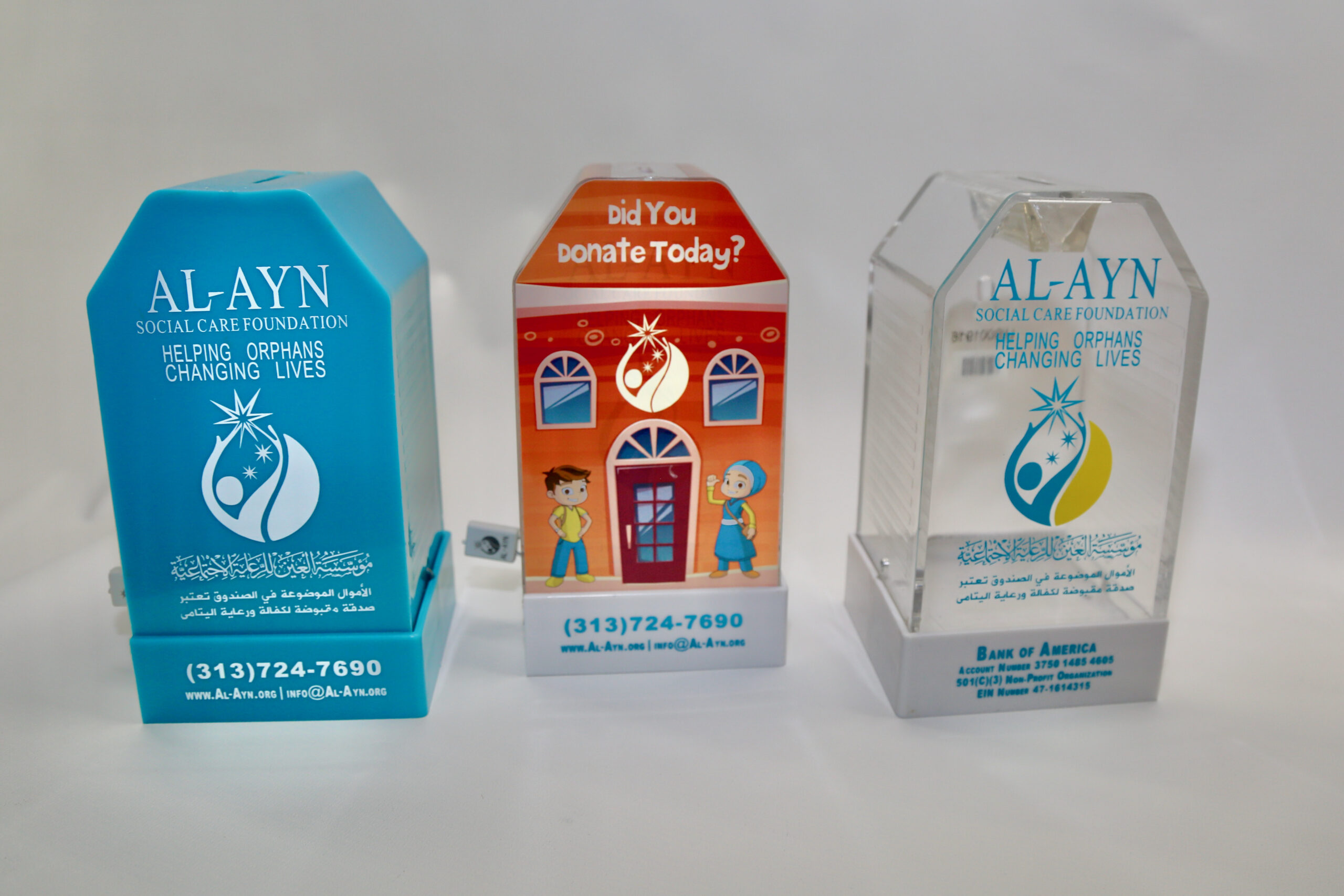 Give Your Sadaqah Today And Reap Countless Blessings!

When do I need to return my Sadaqa Box?

You should return your Sadaqah Box within four months of receiving it. You will receive a replacement box at the same time.

How do I return my Sadaqah Box?

Please return your Sadaqah Boxes to one of our offices or to one of our authorised representatives carrying an official ID card. You can also call us on: 1.313.724-7690 or click here to arrange a collection in person or by post.

Why do we request that Sadaqah Boxes are returned within 4 months?

As soon as the Sadaqah Box reaches us, we are able to begin the process of transferring the Sadaqah money to those in need. We therefore have a process in place to help ensure every penny is received without delay.

How can I give Electronic Sadaqah?

To set up regular electronic giving or give a one-off Sadaqah payment, click here

How are the Sadaqah Box donations spent?

Every little means a lot with 100% of the money placed in Al-Ayn Sadaqa(Charity) Boxes distributed exclusively to orphaned children living below the poverty line as part of fixed monthly financial aid.